Interview with Plangle Studio, An Animation and VFX Studio

Founded in 2018, Plangle Studio is an animation and VFX studio based in India. With high-quality VFX and animation content and a quality team, Plangel Studio's first project, Ninnanthor Yaaru Ilvallo, was a huge success. Today, we are honoured to invite Prajwal Vas, founder and CEO of Plangle Studio, to share with us his thoughts on projects and file transfers, as well as the studio's future plans. 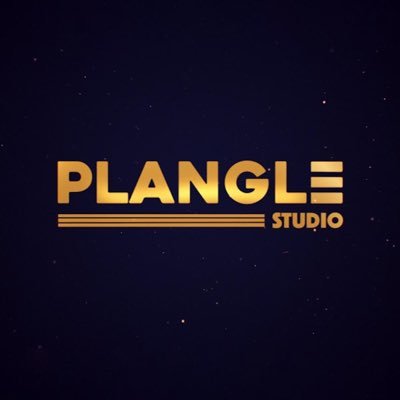 Hi Prajwal! We would like to express our sincere gratitude for letting us interview you today. Would you please introduce yourself and Plangle Studio?

Yeah, my name is Prajwal Vas and I’m from Plangle Studio, we are based in Bangladesh of India. Basically, we mostly do animation and visual effects. We have a small team of 15 people. Mostly we composited 3D animation. We also plan to learn about intellectual property as well.

Your studio has won the Best Indie Studio Award at Ann Awards 2022, congratulations! Could you share with us the most impressive project?

Yeah. Recently, we won the ANN Awards for the best independent studio. 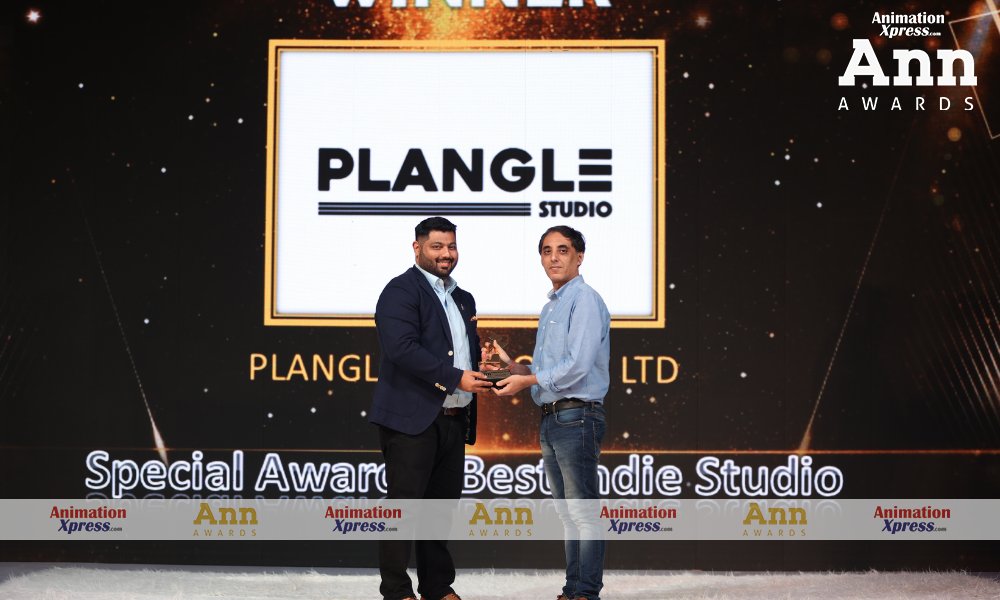 The studio was started almost four years back, and our team have grown from 3 to 6 to 15 right at the moment. During that time, mostly we were trying to do in-house projects. And then recently we went commercial creating content for other people. One of the most popular projects that we did recently was Ninnanthor Yaaru Ilvallo, it is a three-minute animated film. Animated by the handling of 4D animation style. And so this is basically done in Blender. 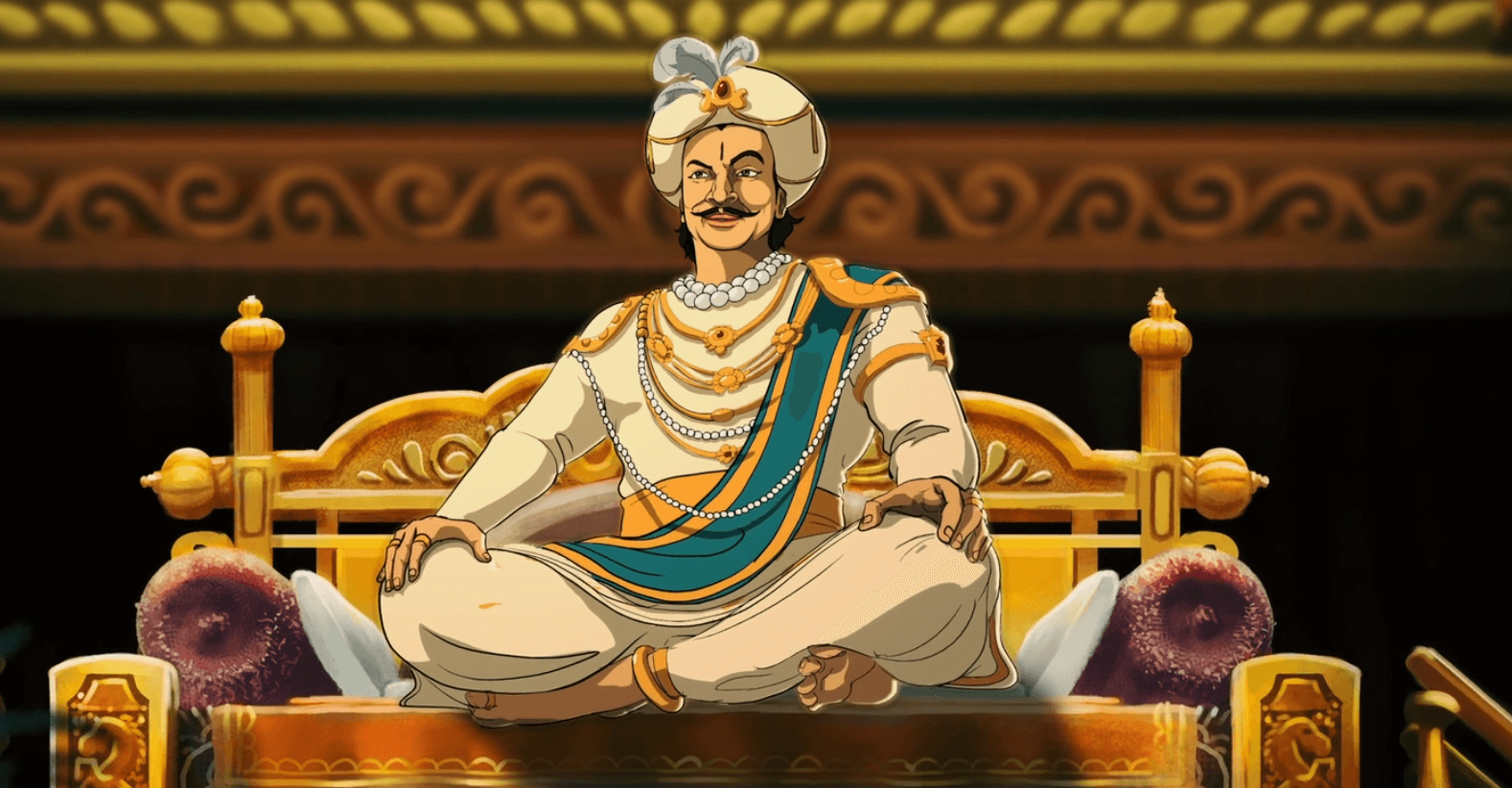 Most of the artwork was done by us. It was part of a marketing campaign for a bigger feature film named Daredevil Musthafa. This has been our most notable project so far because of the amount of work that was involved in creating the 2D content and also our love for anime and the style that we tried to get into the project. Because of this animation project, we got recognized locally and as well as internationally.

How long does post-production usually take for an episode? 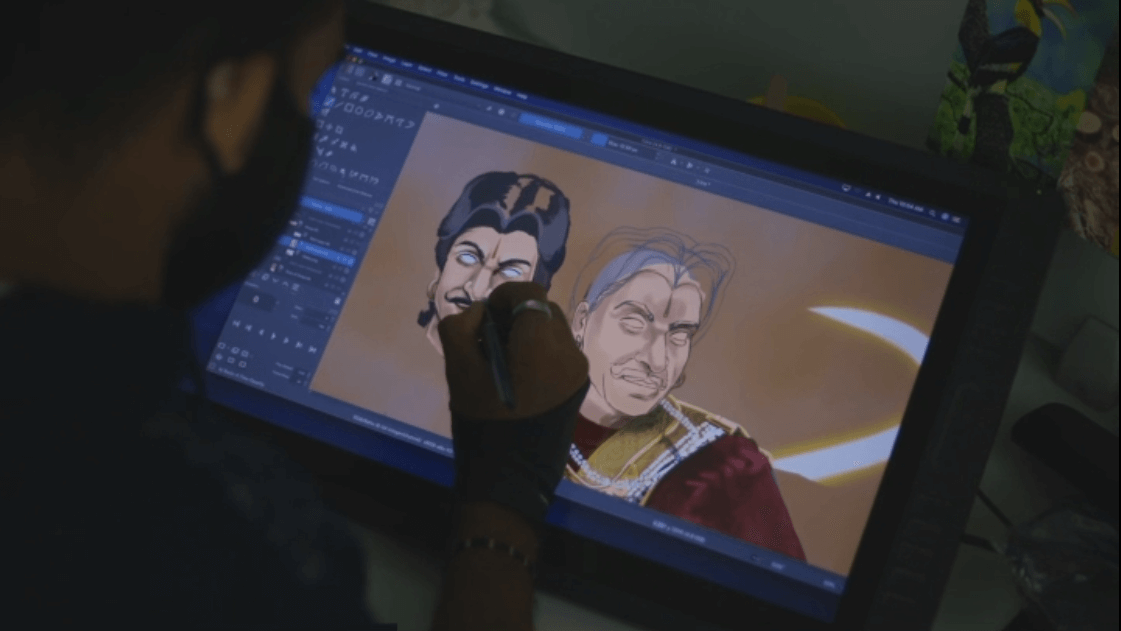 What is the transfer volume in a month?

Most of the time, the directors of the producers get us hard drives, so most of the data volume gets transferred locally rather than through the Internet. But we've been talking to a lot of other clients who have been sending us files over the Internet, which are around five terabytes.

Okay, and what challenges has your team encountered in the transfer?

Most people will use services like Google Drive and One Drive, we have used that once, but what happens is when you have terabytes of data and have file sizes which are 30MB or 40MB per image, that volume of data that gets transferred becomes very tricky to download. If you use Google Drive, you might sometimes have corrupted image sequences or zip files which don’t get downloaded properly.

So we've encountered a lot of different problems. Sometimes the data gets corrupted, sometimes the speed level drops, and other times it's very hard for us to compress and then send it across as well. Because the data bandwidth is not 100% stable from where we are. Sometimes the bandwidth keeps shifting from slow to fast and then fast to slow. So sometimes the data transfers quickly and then it slows down. Syncing and privacy are also big issues. You mentioned Google, right? So what other transfer software have you used before?

We've used much free software, we use File Zilla, Transmit, Google Drive, and One Drive. But we didn't find a really fast solution.

Could you please talk about how Raysync helped your team overcome these difficulties?

We thought Raysync was a very powerful alternative. Before we got the trial version of Raysync, the general technique that would happen is it would take up to 4 hours to upload the data to a cloud and then from that cloud it would take another 4 hours for us to download. Assuming it would be somewhere around 500 to a terabyte of data. So it would take us probably a day to get things sorted out if there were any issues. But when we did the trial run of Raysync and we found the speed was fantastic, despite our local bandwidth, within an hour we were able to transfer and upload and download data, which took us probably eight to 9 hours before. And that was incredibly powerful. We've not seen anything like it in terms of data transfer. Raysync is a really big game-changer.

How did you get to know Raysync?

We've been trying to look at a lot of service providers and then LinkedIn also became one of the marketing places where we bought some people sending us marketing emails. We had a look and then we also went through Google searches. We found and read the Raysync white paper, then we understood that you were trying new technology.

What features of Raysync you're satisfied with?

It's a complete package. I think the console is pretty good. The ability to control upload download, speed is very good. The ability to set passwords download and upload is pretty good. I think in all it has everything that one would require, at least professionally to sort of work with. As a professional, I would say that this is the better software that one can use to easily upload and download. We've used Google Drive, which really works well, but the ability to get into the clients is sort of older. And the speed is just incredible, the speed is probably the underlying factor of why we choose Raysync.

Cool. So any suggestions for our product and our service?

We just used it for some time. I think you're doing a fantastic job and I definitely want to congratulate all of them who are involved in these things. I think you guys have been fantastic and we are lucky to have received this, probably the efficient stages of Raysync. And I think it can go a long way, especially in the visual effects industry.

Okay, thank you. That's all for the questions. Thanks for your time. Are you doing some projects?

Yes. At the moment we are working on two or three local language Kannada films, and we are doing a bit of CG animation and live-action. We are also writing a couple of scripts to work on our own content, something along the lines of previously animated films. And we are looking forward to doing more of this content development.

Thank you. Have a nice day.

Next:What are the Benefits of File Transfer Software?