The Fastest File Transfer Method Between PC and Mobile Device 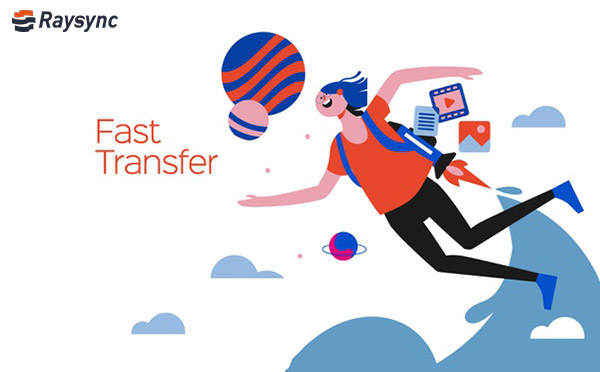 Remember before you had to split files between multiple floppy disks to move them between computers? Or is it the inconvenience of burning and ripping data from rewritable discs? Fortunately, we have moved on from such primitive methods.

Although file transfer has never been faster than it is now, for many of us, file transfer still feels like it takes a long time to complete. Is there a quick and easy way to transfer files between phones or between PC and mobile devices? Here are some solutions you should check. From now on, you will be able to move files at a faster speed, which may surprise you.

1. File Transfer From Windows to Windows

The best method for Windows to Windows data transfer depends on how often you transfer. For one-time file transfers, it is best to use methods such as Bluetooth or Wi-Fi Direct.

In order for Bluetooth to work properly, both sending and receiving Windows computers must be compatible with Bluetooth. Wi-Fi Direct is similar to Bluetooth, except that files are sent and received directly via Wi-Fi.

On the other hand, if you need to transfer a large number of files every day, which may be part of regular office procedures or workflows, setting up shared folders or sharing external drives on the network is more convenient than other methods. The computer can access and extract files on demand.

In this case, the main obstacle is that each PC may have its own unique way of storing file data. For example, most modern Windows computers use NTFS, while Mac computers use APFS or HFS+, and Linux computers use EXT3 or EXT4. Unfortunately, converting data between file systems is not always easy.

However, in the case of Windows to Mac data transfer, the situation is not bad. Starting from Mac OS X 10.6 (Snow Leopard), as long as the user makes a necessary system setting change, Mac can read and write in NTFS format.

This means you can share a folder between Mac and Windows and then use that folder to transfer files. The same concept can be applied to data transfer from Windows to Linux, but the process is a bit more.

3. Transfer Files Between Windows and iOS

In most cases, apart from music, there is almost no need to transfer anything between Windows and iOS. In this case, you can continue to use iTunes to sync your media library, but iTunes on Windows tends to be annoying Frustrated. The good news is that there is a better way! FileApp is an application that can be used on iPhone and iPad, it acts as a mobile file manager. Using it, you can browse and open any file residing on the device you are using, including formats such as PDF, DOC, XLS, and PPT. You can decide in which application the file is opened. However, what we are really interested in is FileApp's ability to share files via Wi-Fi. It actually turns your mobile device into an FTP server, allowing any computer to connect (using an FTP client) and download files.

4. Transfer Files Between Windows and Android

If you wish to send a single file instead of opening the device as a powerful file server, please consider using Pushbullet to send files on the network to any connected computer with the tap of a button. Pushbullet’s free plan has a maximum file transfer size of 25MB, but Pushbullet has many alternative methods worth using, including AirDroid and Send Anywhere.

Of course, you can always use a USB cable to plug your Android device directly into your computer, as described in our guide to transfer files from Android to PC or from desktop PC to Android.

5. Transfer Files Between Any Two Devices

In addition to all the above methods, you can also use some other technologies and services, which may work no matter what device you are trying to bridge. Dropbox is a good choice. Dropbox is a cloud storage service that stores files on its servers and makes them accessible from any device supported by Dropbox (including Windows, Mac, Linux, Android, iOS, and any web browser). Use the provided public folders to easily share files.

The disadvantage of using Dropbox or any other cloud storage service is that your files must be transferred through an intermediary, who is inherently less secure and less private. In addition, you must upload from the source device to Dropbox first, and then download from Dropbox to the target device. This is a small trouble, but it can rule out the possibility of sending large videos.

You can choose the best suitable file transfer method according to your needs, there is always one suitable for your business.

Next:Why Are Video Files Supersized in 2020?