What is High Latency File Transfer?

Latency is a key factor to measure the network condition.

Every network is subject to latency. Network latency refers to the round-trip time for files or data packets to be sent from the user’s computer to the web server. In a word, latency is the total time for data to be transferred from one side of the computer to the other. 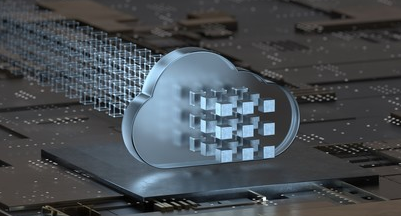 What is High Latency?

Network high latency means the time send to other computers is high, and it often comes with pack loss when transferring massive files. Latency is measured in milliseconds, abbreviated "ms", and can be measured using your computer's ping command.

The main factors that affect the network delay are the number of hops on the route and the traffic of the network.

The Difference between Latency and Bandwidth

What is bandwidth? Bandwidth is measured in Mbps or megabits per second and refers to the amount of data that can be transferred in a unit of time (usually 1 second). Bandwidth actually refers to the width of the data pipeline, not the speed of data transfer.

When you hear someone say "My internet speed is 100Mbps" or something like that, they're actually referring to the bandwidth capacity of their internet service, not the speed. The speed of the network is actually the result of bandwidth and latency.

Here is an example to help you accurately understand the between high latency and bandwidth.

The file transfer software takes a long time to process the file, but once the file processing is finished and the transfer task starts, the file can be transferred at a very high speed.

The file transfer software can process the file immediately, but the transfer speed is slow.

a. Too many routing hops between the device and the server

Although the propagation time of light and electricity in the physical medium is almost negligible, during network file transfer, if there is too much routing and forwarding processing between the device and the server, the network delay will be obvious.

If the device and the server are directly connected through one router, but the bandwidth is only 20Kbps, and there are multiple applications that need to transfer data volume far exceeding the bandwidth of 300Kbps, a large amount of data will be lost, which will manifest as a response delay.

If the device and the server are directly connected through a router, and the bandwidth is sufficient, but the processing capacity of the server is insufficient, the response delay will also be caused.

Why do You Need to Address High Latency?

In today's increasingly popular international cooperation and social division of labor, enterprises need to transfer and synchronize a large number of files every day. In addition, data transfer has become a part of their daily work. Traditional file transfer methods, such as FTP, web page transfer, etc., have slow transfer speeds and unreliable data delivery when transferring large files or transferring massive small files. The inefficiency of file transfer caused by high latency greatly affects the workflow of enterprises.

Also, in international file transfers, the farther the data is from the sender of the file and the receiver of the file, the higher the latency, resulting in an excessively long time remaining while the file is being transferred. Files transferred through high-latency environments not only result in slow transfers, but also unreliable transfers, such as packet loss or source file corruption.

For media industry users, the consequences of high-latency transfer are unacceptable. When media files such as videos are transmitted at high speed over long distances, the size of these files often reaches the TB level. Due to the large round-trip time under high latency, the remaining time for the transmission of these large files will be too long, which will seriously affect the delivery time of media files.

How to Solve the Problem of High Latency？

The first is block upload technology. This technology will split large files to be uploaded into chunks, and verify and transfer them separately. After the upload is completed, the interface will be called to form a complete object. This method perfectly solves the problem of large files, especially large media files, being transferred over long distances.

The resume from breakpoint assigns a unique task identifier to each upload behaviour. In addition to the serial number, each chunk will also carry the task identifier when uploading. Suppose the file transfer needs to be continued after the file transfer is suspended for some reason. In that case, the server will check the existing task ID and upload directly from the position where the transfer was disconnected last time.

Raysync maximizes the transfer speed in a variety of shared and private network environments and is not limited by network delays and packet loss. Even over long distances, the file transfer time and quality can still be guaranteed with Raysync.

If you need to transfer files at high speed in a high latency environment, Raysync will transfer your files 100% correctly at ultra-high speed. FREE Trial contact: support@raysync.io

Previous:What are the difficulties of worldwide transfer?