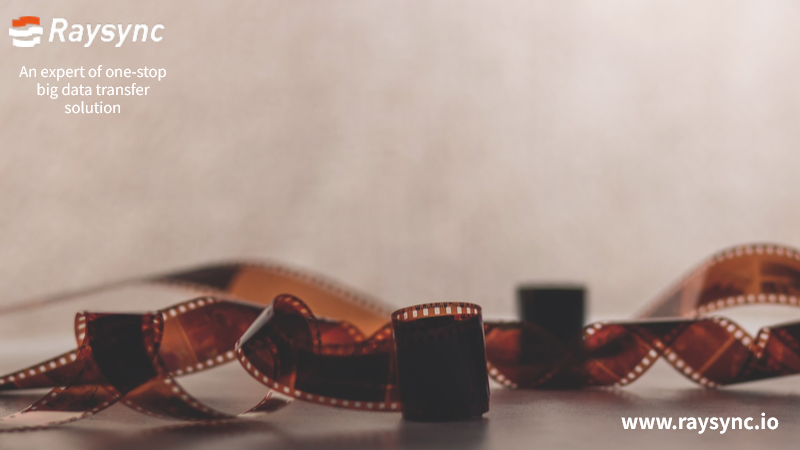 The Raysync under Yunyu Technology provides high-performance, stable, and safe data transfer services for IT, film and television, biological genes, manufacturing, and many other industries. At present, 2W+ enterprises adopt the big data transfer scheme provided by Raysync to solve the data interaction problems faced by enterprises.

In the post-production process, the flow of video materials runs through the whole business process. In addition to excellent non-editing software and non-editing workstations, enterprises also need to deploy a set of high-efficiency and high-stability transfer software to ensure the transfer quality of massive materials and ensure the successful completion of film production.

The company is headquartered in Shanghai and needs to exchange materials with the team in Japan. Due to the extensive use of CG visual effects, VR shooting, 3D technology, etc., the film and television material files are getting larger and larger, with dozens of GB and hundreds of TB at every turn, and the transfer frequency is high, which requires to transfer almost every day. In addition, the company also has certain requirements for the timeliness of material transfer.

Before using Raysync, the company mainly used FTP and other traditional methods to transfer files, which often took two or three days to complete the transfer of a 10GB material, which seriously affected the production progress.

Unsafe transfer methods may also lead to the loss and theft of materials during the process of transfer. The content of the film and television industry is paramount, and the confidentiality of the data is very high. The material in the transfer process is maliciously stolen, which may eventually cause the copyright of the film to be infringed. 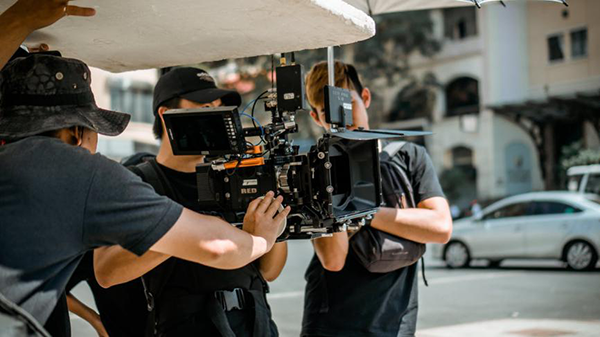 Raysync has a deep insight into the pain points of the film and television industry, helping customers install and deploy the Raysync server in Shanghai. Japanese team members can log in to Raysync through IP address+port number, and easily upload and download film and television materials.

Comparison of the transfer data before and after using Raysync:

The Raysync also brings the following conveniences to the film and television team:

In the traditional FTP solution, the folder structure and permission control are relatively simple, and Raysync provides more detailed, scientific, and complete file and personnel management functions, which meets the multi-line and complex work requirements of the film and television industry.

Through Raysync Client, film and television workers can conveniently monitor the transfer of material, uploading and downloading tasks, obtain information such as transfer progress, speed, and status, and can pause, renew and cancel the transfer tasks.

Supports the switching of Chinese and English

The film and television teams are scattered all over the world, and the Raysync switching function between Chinese and English perfectly overcomes the language barrier of transnational transfer, and the global data transfer is unimpeded.

When the network environment is very poor, the transfer is often interrupted due to network failures, sudden power outages, etc. The Raysync breakpoint resume function ensures that the remaining materials can be downloaded from the recording position after the system is started again, with a packet loss rate of 0.00%.

Through the optimization of Raysync protocol and automatic compression and packaging, the network bandwidth resources can be utilized and saved to the maximum extent, and the data transfer experience can be provided for enterprise users. The transfer speed of video backhaul can reach more than 100 times that of traditional means, which greatly shortens the time consumption of video material transfer.

Raysync has many data encryption schemes, which form an encryption tunnel between the sending and receiving ends of data to ensure that the material files will not be stolen or leaked during the video return process, so as to avoid the infringement of film copyright.

Raysync completely records the complete behavior logs of users such as login, logout, upload, download, and link sharing, and auditors can regularly audit the operation behaviors of members, so as to guard against the occurrence of malicious data leakage.

Next:How to Avoid the Security Risks of Inefficiency with File Transfer Solution?