A comparison of Raysync Transmission and IBM Aspera

When Analog or Digital data is transmitted or transferred from one point to another through the use of computing technology, this process is known as data transfer. Data transfer is a very crucial concept in modern business networking. Data has to be transmitted over long distances for large business corporations which is very important for their business to thrive. Sometimes the data is collected in one country and has to be sent to another country, which could take hours or even days, which is a hectic process. There are many tools that have been constructed solely for the purpose of data transfer, such as Zinstall, Samsung Smart Switch, etc. Amongst all these File Transfer Protocols, the best ones are Raysync and IBM’s Aspera. 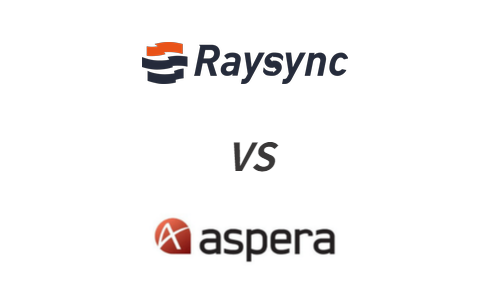 The installation and deployment procedure of Raysync is very simple, fast, and easy. The procedure is as follows: 1. After purchasing the product, you will be given a link. Go to that link and download the most recent zip file. 2. After the zip file has been installed, decompress it to any desired folder. And run the program, that’s all!

Raysync has the ability to utilize the UDP protocol. The transmission optimization technology of Raysync eliminates the basic shortcomings of traditional FTPs and HTTP, which makes Raysync a hundred times faster than other FTP/HTTPs. Raysync utilizes smart compress technology, which enables it to utilize the bandwidth effectively. The most significant factor of Raysync is the upload and download speed and also the Bandwidth utilization which allows Raysync to excel from other FTP/HTTPs. The Packet loss is always under the boundary of 10% no matter the size of the file. Raysync utilizes almost 90% of the bandwidth and the redundant data rate is less than 1%. The average data transfer rate of Raysync is 22MB/s (177.68Mbps). This improves the transmission speed by almost 265 times! Raysync can transfer a 10GB file in almost 7.5 minutes, almost 10 thousand kilometers away, while other FTP’s require more than 30 hours to transfer a 10GB file. On the other hand, Aspera would take more time, and Aspera can utilize the bandwidth as much as the Raysync can, but Raysync possesses the Smart Compress technology, which allows it to utilize the bandwidth efficiently and transfer large bulks of files in lesser time. 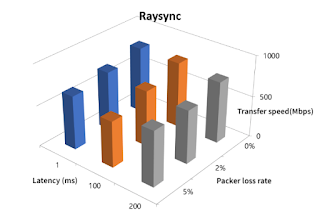 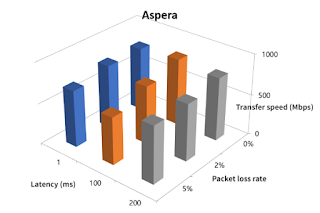 I would conclude by saying that Raysync is way more reliable, fast, secure, and cost-effective and user friendly. Raysync is the only FTP that has such a high file transfer rate and with so little packet loss rate. Aspera is a very useful software but the Raysync is absolutely worth it!